The history of Korean girl groups

Nowadays, the word “K-pop” has become more and more well-known. 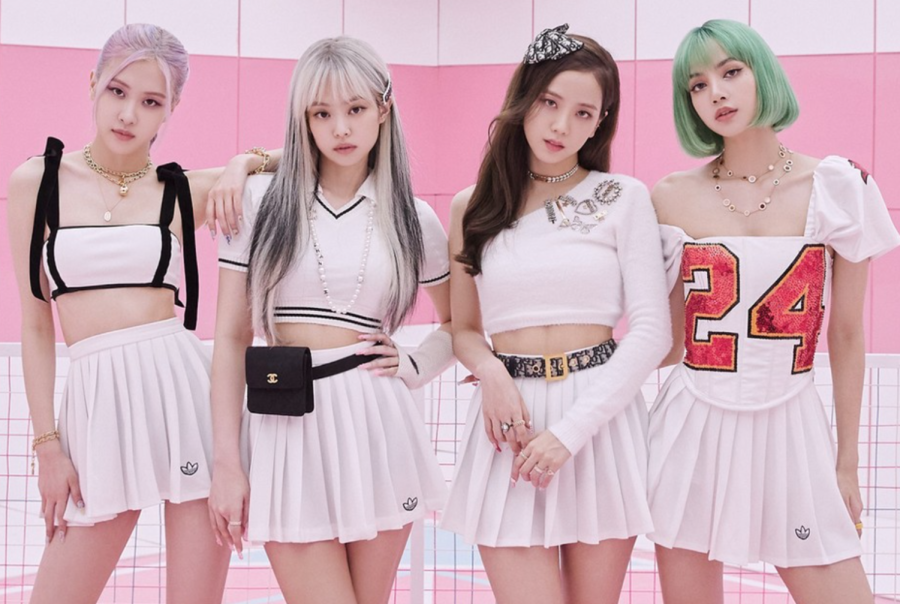 Nowadays, the word “K-pop” has become more and more well-known. The biggest difference between Korean pop music and other kinds of pop music is that it takes young and lovely artists who have the ability to sing and dance as just as important to the trend as the music itself. These artists form groups of different styles, wearing colorful clothes, accompanied by their songs and gorgeous choreography, bringing a strong visual impact to stage performance. In K-pop, male groups are often thought to be more successful than female groups and, to some extent, enjoy higher popularity, such as BTS.

However, personally, I’m more interested in female groups, so I’d like to discuss the international developmental history of Korean girl groups from 1990 to the present. In the 1990s, the first generation of Korean girl groups was born, for example, SES, FIN.K.L fully expanding into the Asian market. At that time, Korea did not have any mature star-making technology or training mechanism, and everything was in the stage of testing the water. Since the audience was mainly female, the male group had a greater advantage than the female group, and the popularity and achievements of the female group were far inferior to that of the male group. The Kpop era began in earnest in 2007. In the early days, strong groups remained male groups, and Kpop had no place for female groups. However, there were a few groups that broke the status quo and opened the era of girl groups, such as Girls’ Generation, Wonder Girls, Kara, 2NE1, and so on. In 2008, the Wonder Girls, a girl group launched by JYP Entertainment, released a song called “Nobody” that suddenly went viral. It swept all of Asia and even gained a certain popularity in North America.

K-pop really appeals to both generations, and both young and middle-aged people have heard of them or like their songs. When I was in kindergarten, my mother liked this song most and told me the story in the music video, which impressed me so much that I still remember it now. After that, they tried to continue their career mainly in the United States, without success, while slowly losing popularity in South Korea. Around this time, Girls’ Generation, a girl group launched by SM Entertainment, began to dominate K-pop. Girls’ Generation is recognized as the most representative girl group in the history of K-pop, and their influence on Kpop is epic. There is plenty of evidence to prove this, such as Koreans rallying to sing Girls’ Generation’s debut song “Into the New World” during street parades when abortion laws were repealed, or at other political events. Therefore, the song has been jokingly referred to as “Korea’s second national anthem.” In 2009, they released a song called “Gee“ that went viral in Asia, especially in South Korea and China. My mother told me that at that time, people could often hear this song whether they were in restaurants or walking on the street, and Girls’ Generation was very popular in China‘s social media. My kindergarten teacher even taught us to cover their songs at graduation. Their achievements go far beyond that. Two years later, the release of their song “The Boys” took their achievement to a new level, beating all current male groups in terms of album sales, Youtube views, and local music performance. Now, it’s impossible for a group, especially a girl group, to be more popular than BTS, but Girls’ Generation did manage to crush all of the male groups at that time, such as Bigbang, Superjunior, and so on. Girls’ Generation really opened the era of girl groups, and more people began to pay attention to the charm and ability of girl groups. At the same time, KARA became popular in Japan, which opened K-pop’s popularity in a new country. F (X) also has great influence abroad. At the same time, T-ara, 2Ne1, 4 Minute, After School, and other girl groups began to create their own unique styles. At that time, most girl groups were supported by Asian people, with few overseas fans, but they laid a foundation for the next generation.

The era of these early girl groups ended around 2014, and those that debuted after that have enjoyed greater success outside Asia. At that time, Korea already had a mature industrial chain and experience of trainees, so major entertainment companies began to arrange the debut of new girl groups. Representative groups of this period included Red Velvet, Twice, Blackpink, and so on. Twice was the first to hit the big time, becoming a household name not only in Korea but also a huge success in Japan, even surpassing the local girl group AKB48. Their song “TT,” released shortly after their debut, has become a Youtube milestone for Korean girl groups with more than 600 million views. After that, BLACKPINK, a latecomer, began to catch up. Although they were popular at the time of their debut, their big break didn’t come until 2018-2019 due to Twice’s popularity at the time. Two of their songs released that year, “Kill This Love” and “Ddu-du Ddu-Du,”which became big hits in Korea, China, Southeast Asia, and overseas. They now have four music videos that have been viewed a billion times on YouTube and are the most followed Kpop stars on YouTube, Tiktok, Instagram and other social platforms. They are also the most ranked Korean female artist on Billboard, and they had already “accumulated over 6.4 billion” streams on Spotify. The four members also have acquired many international fashion resources, including Jennie as a Chanel brand ambassador and Lisa as Bulgari global brand spokesperson. They collaborated with many European and American singers as well, such as, Lady Gaga for the song “Sour Candy,” Selina Gomez for the song “Ice cream,” and so on. Not only that, they were the first Korean girl group to perform at the Coachella Music Festival in California, and they did so well that many Americans considered becoming overseas fans.

BLACKPINK broke the record of countless other girl groups and truly went out of Asia to go international, making the world aware of the power of girl groups in Kpop. No girl group has ever surpassed them in anything yet, let alone what they’ve done internationally for Kpop. From more than 20 years ago to now, Korean girl groups have been growing and succeeding, because they want more people around the world to know them, and love them.

From Korea to Asia to the rest of the world, Korean girl groups are trying to break through and make progress from beginning to end. They all show the power of women in a way, because they show the fans and the audience that they are strong, hardworking and brave. In their lyrics, they also call on many girls to be more confident, especially Asian girls, because Asian females often care more about what other people think, like myself, than females in other parts of the world. I was really inspired when I heard “I Love My Self” from the song “Dalla Dalla” by Itzy, and “Cause we are queens and kings, that’s our queendom” from the song “Queendom” by Red velvet. They not only have a beautiful appearance, but they also have strong ambition and enough ability. Their songs, dances and music videos all contain different characteristics and unique concepts and connotations. Their progress will not stop, and they will continue to strive to make more people know them.