The Power of Political Rhetoric 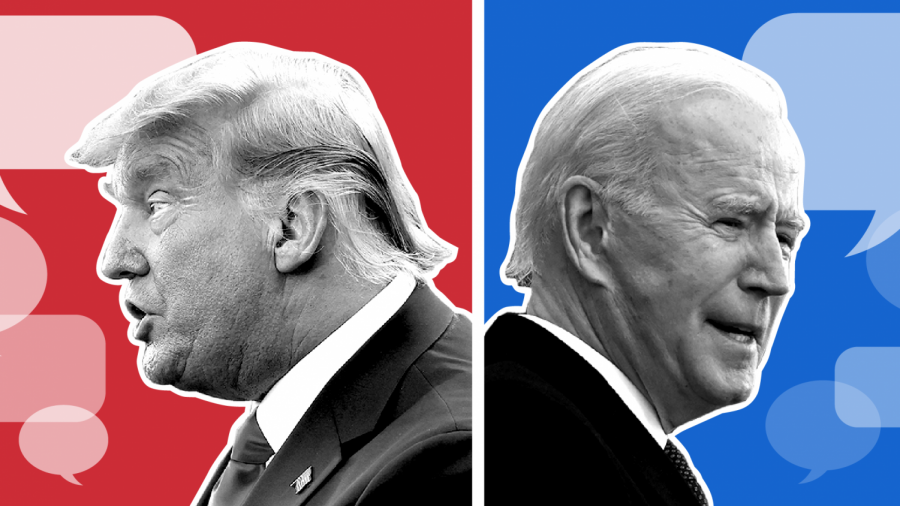 Over the past four and a half years, Americans have witnessed dramatic changes and reactions to politics and presidential rhetoric, often causing hysteria and even the insurrection of the Capitol in January of this year. Between the Trump and Biden administrations, their contrasting approaches to public speaking and addressing the nation in their inaugural speeches resulted in very different national responses.

One of the most obvious differences between these two inaugural speeches was the presence or absence of gratitude for the members of the opposite party. In Donald Trump’s speech in 2017, he briefly referenced and thanked President Obama for his “gracious aid throughout this transition,” and then failed to mention anything from Obama’s presidency or reference his opponent Hillary Clinton’s presence at all. Trump’s focus in his speech was on his win and not much else. Dissimilarly, President Joe Biden’s inaugural address included a statement in which he thanked his “predecessors of both parties for their presence here today…from the bottom of my heart,” a presence that did not include former President Trump due to the fact that he did not attend the ceremony at all, breaking a long-standing tradition of unity.

Throughout Trump’s presidency in the past four years, he used harmful rhetorical strategies, such as “ad baculum,” or Latin for violent or intimidating threats, as explained by author Jennifer Mercieca. Trump used this strategy most often in interviews when talking to the media in order to create a sense of distrust between the media and their viewers. This eventually allowed him to create a base of supporters who only listened to him rather than any other sources of news or public media, which resulted in events like the Capitol insurrection, in which his supporters breached a historic U.S. building as a result of misinformation. This strategy took form in Trump saying “What a stupid question…You ask a lot of stupid questions,” and “They’re sneaky dirty rats…These aren’t people. These are animals,” as well as other statements along the same lines in interviews in order to create this distrust with mainstream media. Over time, this strategy worked, leading to Trump’s supporters acting out violently and stating that their President told them to do so. Mercieca refers to this weaponization of language as “war rhetoric,” and it took shape in the insurrection at the Capitol, as well as the sending of pipe bombs to different media outlets.

As already seen in President Biden’s inaugural address, he took a very different rhetorical approach and really stressed the importance of unity across the country. He stated that “Every disagreement doesn’t have to be a cause for total war. We must reject the culture in which facts themselves are manipulated and even manufactured.” This quote completely contradicts with Trump’s warlike and threatening use of rhetoric and references Trump’s tendency to tell lies to the media. As already seen in these two addresses and the violent reactions to Trump’s rhetorical strategies, language is one of, if not the most, powerful force in politics and society today. It is vital to the country’s unity and strength that the Biden administration continues to encourage embracing each other (figuratively of course), in hopes that we may repair the damage and polarization caused by the Trump administration’s choice of rhetoric.