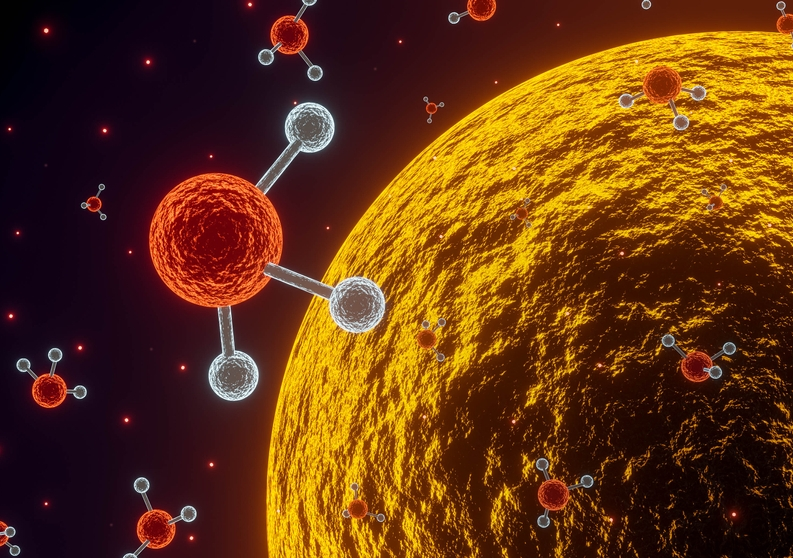 Aliens are common and popular characters that we can see in fictional productions. In spite of no one having been proven to have seen aliens in reality, it does not demonstrate that there is no life on other planets in space. In fact, many theorize about possible signs of life on Venus. Venus is considered as Earth’s twin because there are many common characteristics the planets hold. In the Solar System, Venus is the second planet from the Sun, while Earth is the third. These two planets are both “rocky” planets with solid surfaces that someone could walk on and atmospheres of gases that could protect the planets. Also, since they share a similar size, gravity, and composition, people usually expect Venus to have life existence like Earth. With the curiosity of aliens or life on other planets, scientists have searched for an answer for a long time. Nadia Drake’s report in National Geographic discusses the discovery of signs of life and the detection of phosphine on Venus as originally reported in the journal Nature Astronomy.

Even with that possibility, early scientific observation shows that the conditions of Venus’s surface and atmosphere are not suitable for Earthlings to survive. As a result of having a thick atmosphere collecting heat from the Sun, Venus’s rocky surface has a high temperature that reaches about 900 degrees Fahrenheit. Above the extreme thermal rocks and surfaces, the pressure on the surface is 90 times the pressure of Earth’s surface. In this case, creatures that have body structures like humans on Earth would not find the conditions on Venus suitable for inhabiting. In addition, Venus’s atmosphere is formed with clouds of sulfuric acid droplets, which mainly contain a natural greenhouse gas that is defined as carbon dioxide. Such an amount of Carbon dioxide is threatening to Earthlings because it can cause asphyxiation by hypoxia. All these discoveries support scientists’ argument that Venus’s surface is uninhabitable.

Nowadays, the finding of phosphine could indicate the presence of alien metabolisms on Venus. Phosphine is composed of one phosphorus and three hydrogen atoms, and for a rocky planet like Venus, this certain type of gas is commonly produced by organic life forms but otherwise hard to exist. In September 2020, Jim Bridenstine, the administrator of NASA, responded to the discovery of phosphine on Twitter and confirmed that this finding “is the most significant development yet” in the process of detecting possible signs of life on other planets. He said “It’s time to prioritize Venus” to the public on this Tweet as well. However, scientists claim that the recent evidence of the existence of phosphine can’t conclude that lives are thriving on Venus or in the atmosphere. Moreover, to verify the result of the discovery, groups of scientists redid the detection on Venus searching for signals of phosphine, but none of the groups could find the same result or the evidence to prove the presence of phosphine. Therefore, it is possible for the detection of phosphine to be a false signal due to the telescopes or data processing.

The definite answer to the question of whether there is life on Venus is still unknown. If the chemical we have detected is phosphine, we have successfully used atmospheric biosignatures to infer life. But learning from the research or detection process, even if we operated incorrectly or introduced a false signal instead of real phosphine, we have still made further progress in solving this mysterious question.