The Economy Under Trump 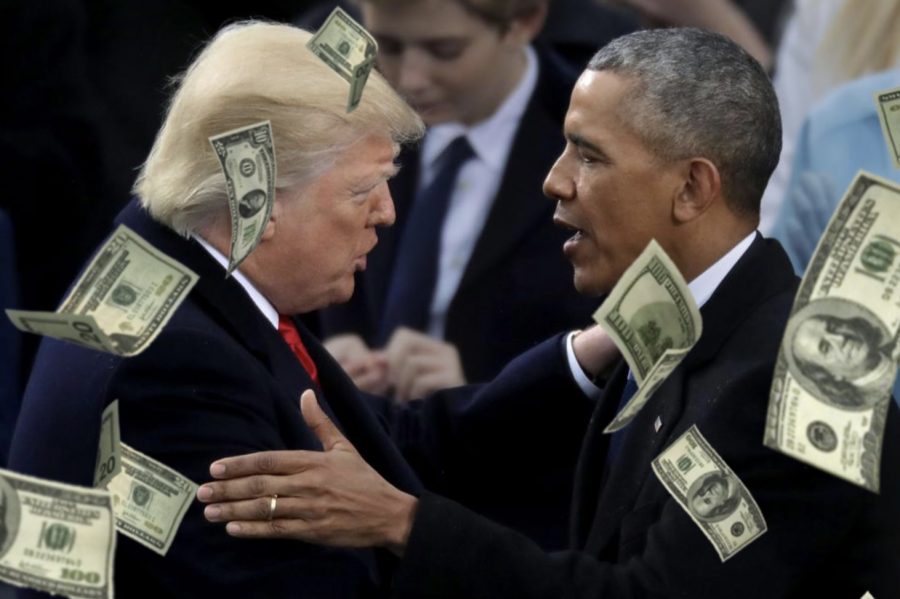 Economic growth in the United States has not only been a staple but a highly boasted about perceived product of the Trump administration. Donald Trump banked his 2016 campaign on being an outsider as well as a businessman, and based his 2020 campaign on his supposed effect on the economy and his self-proclaimed ability to regain the stability that existed prior to COVID19. The issue with the notion that President Trump “created” the pre-Covid booming economic state is that a large portion of the public has been spoon-fed lies and misinformation about how we got there in the first place.

WhiteHouse.gov states, “The economy has come roaring back to life under President Trump. The stock market has hit record high after record high, helping more Americans build wealth and secure their futures.” Trump himself has said, “we’ve built the greatest economy in the history of the world.” President Trump may be referring to gross domestic product (GDP); in that case, he would be right about one thing. The United States did have the highest GDP, with ~20 trillion; we place first above China with ~13 trillion. However, in order to know how the economy performed under the sitting president, we would need to look at the GDP growth rate under his presidency. According to the Federal Reserve, this is what the rate has been under the current President. 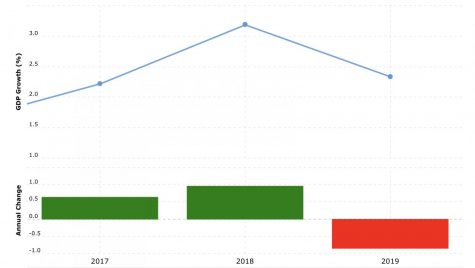 If we don’t include 2020, because it is not entirely fair to rate Trump’s performance during a pandemic. The Trump administration averages at a 2.5% GDP growth rate.In order to keep things as equal as possible, I am not including the majority of the Great Recession that occurred in 2007, lasting until 2009, under the Bush and Obama administrations. To clarify, I will be comparing Obama’s last three years, to Trump’s first three. Counting his last three years, Obama averages at ~2.39% GDP growth rate. This would put Trump above the Obama administration in growth rate; this change would be a semi-impressive feat for Trump’s three years, compared to Obama’s seven. That would be impressive if Trump had created all of that economic growth by himself, but that’s simply not true. Trump inherited and presided over a strong and growing economy from the Obama administration that he naturally took credit for. I do not think it’s an issue that he took credit for it, the issue is that he lies about how much work he had to do to achieve that success. Trump has repeatedly stated that prior to his administration taking office, the U.S had been suspended in ”years of economic decay” and that it is ”over” because of him, he said this most recently during The State of the Union February 4, 2020. He stated September 29, 2020, during the first 2020 presidential debate, before the Coronavirus pandemic the United States had ”the greatest economy in the history of our country.” This is simply a lie. To paint a picture, I’d like to compare the GDP growth rate of Trump’s first three years in office to the last six U.S Presidents. 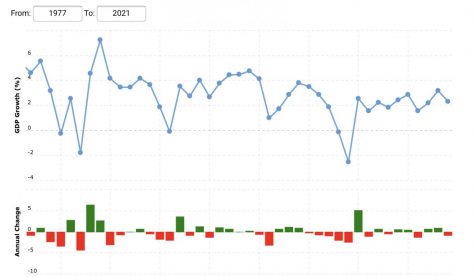 Looking at GDP alone, Trump does not take the lead in economic growth; Bill Clinton and Ronald Reagan did significantly better jobs. The truth of the matter is that Trump inherited a growing and prospering economy from President Obama. Trump did not build the best economy in the history of the world, nor did Trump build the greatest economy in the history of the U.S; Trump did not even build the greatest economy compared to the last six Presidents. 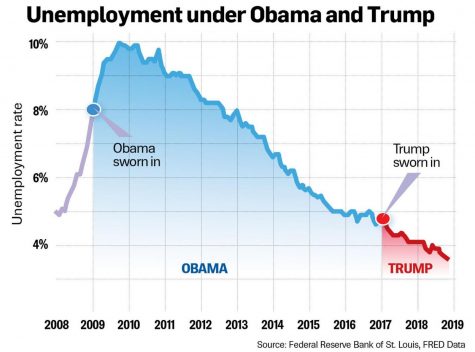 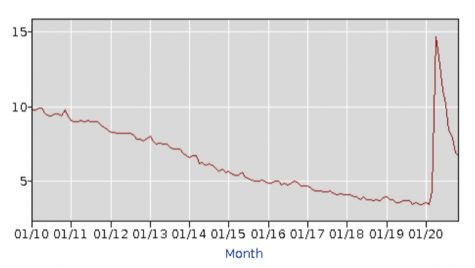 So when Trump tries to frame the state of the economy before his administration by saying he inherited a “disaster,” he is spouting nonsense.

When it comes to the stock market, congressman Don Beyer (D-VA) stated it best in his paper ”Did Trump Create or Inherit the strong Economy.” He wrote, “President Trump frequently points to the stock market as evidence of his success, even though it is a poor proxy for the nation’s overall economic well-being since nearly half of Americans do not own stock, either directly or indirectly. However, even by this measure, he lags behind President Obama.” 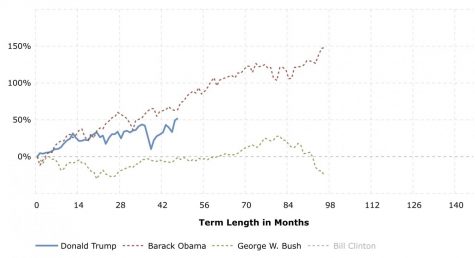 During the Trump administration, there has been a record high in what he likes to refer to as “fake news.” There are multiple accounts of Donald Trump speaking about the effect he has had on the economy, and how he believes that he has drastically improved the economy from what it once was under the Obama administration. Many of his supporters follow him for that reason. If there is one thing Trump is right about, it is that there is a lot of incorrect information out there. The economy plays a crucial role when analyzing an administration’s performance in office. Blindsiding people does not benefit anyone, and can leave most Americans worse off in the long run. It certainly does not help when a sitting president blatantly lies to the American public. It does all of us a disservice, and it perpetuates a false narrative.