My Grandmother Recounts Growing Up During Apartheid 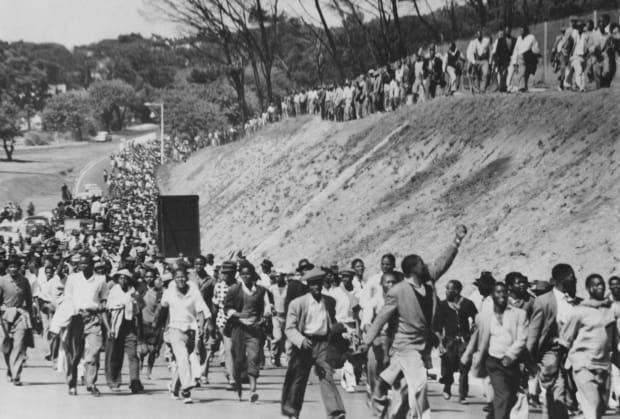 There are constant assumptions and opinions that we make, specifically about race, without even realizing it. Despite living in a “diverse” country, long-standing racism is still prominent. One way this is examined is by people who lived in other countries and later moved to the United States. If racism was more vocal in someone’s birthplace, then they have full authority to assess how they are treated after moving to the United States. I learned of these continuous racist encounters from my grandmother.

My grandmother, Rama Morrison, was born in 1958 in Durban, South Africa during the Apartheid. Because her family was Indian, she experienced all the prejudice that came along with this system of segregation within her country. According to the History article, “The Harsh Reality of Life Under Apartheid in South Africa” by Erin Blakemore, “apartheid” is Afrikaans for “apartness”, and it was a system of institutionalised racial segregation that existed in South Africa from 1948 until the early 1990’s. The South African government claimed that the apartheid was supposed to help individual races develop on their own, but it forced colored people into hopeless poverty. The term “colored people” referred to anyone who was of mixed race, usually black and white. People were also categorized into the “blacks” and “Indians.” My grandmother fit into the Indian category. This entailed many segregations in her everyday life growing up.

My grandma, or Amma as we call her, grew up in a segregated area of Durban. It was just like segregation in America in that there were separate facilities for everyone. She told me, “There was a white beach, a colored beach, different benches- everything. Even the neighborhoods. Colored, Indian, and black people were separate from white people.” She said that the segregation against black people was the most severe. For example, Indian people had free schooling, however black people had to pay. The segregation was also very commercialized and the government only used it when it benefited the economy. Grocery stores and general stores were not segregated because they wanted money from everyone regardless of race.

When Amma was young, she attended the “Durban Girls, Indian High School.” All of the students were Indian, yet the teachers were white. Because of these circumstances, she did not get much interaction with people of other races at school. Although people naturally lived in racially separated neighborhoods, African or black people were forced to live in Townships. Amma told me, “They [black people] really could not associate with anyone else. This is why I made friends with colors and whites but not Africans. They had to carry around identity cards and could not walk about freely.” She explained to me that she only got to associate with whites and coloreds when she started working part time at the local bank.

As she got older, there was more of a movement against apartheid. She participated in marches and protests and recalled one story in particular: “I had one muslim friend, and his mother was very outspoken about apartheid. She was a lawyer, and she was put on house arrest for being so vocal about the issue.”

Now, having lived in America for most of her life, Amma spoke to me about some more recent experiences. Although she made it clear that the U.S. is much less racist than South Africa, there is still discrimination. Underlying racism and discrimination towards minorities is still present, even if it may not be as noticeable where you live. In more rural places in the country, there are stories of police brutality and hate crimes towards groups of people. These are extreme examples, and yet there are so many who face discrimination through small ways in their everyday lives. My grandmother told me of an encounter where there was lots of traffic and this white man was very frustrated. He yelled at her, “Why don’t you just go back to the country you came from?!” This man blamed my grandmother based on her race and took his anger out in a very vocal manner. Other instances arose for my grandmother regarding interracial marriages. My grandfather is white and along with their marriage came many assumptions and conflicts. She explained how once she had wanted to go back to South Africa from Germany because that’s where she and my grandfather were on vacation. “So, me and your grandfather went to the South African embassy in Germany and they told me that I had to report to every police station in the country if I wanted to go home. They called interracial marriages ‘immorality acts,’ so I didn’t go back.” If people meet my grandfather first, they often assume my grandmother will be white as well. These are just common patterns of thought people have whether they realize it or not.

The experiences of my grandma are just one person’s account of our country in comparison to other extreme environments. It underlines the assumptions made about her in her everyday life and the vocal discrimination that comes with that. In being citizens of a so called “diverse” country, it is important that we recognize how we think. How many stories do we spin together about someone based on race? Our country will only improve on the outside if we mend the way we individually perceive people. Working on a small scale will have a greater impact in a long term sense. Little changes that we can make within our own minds can and will change the lives of so many people going through what my grandmother faces everyday.