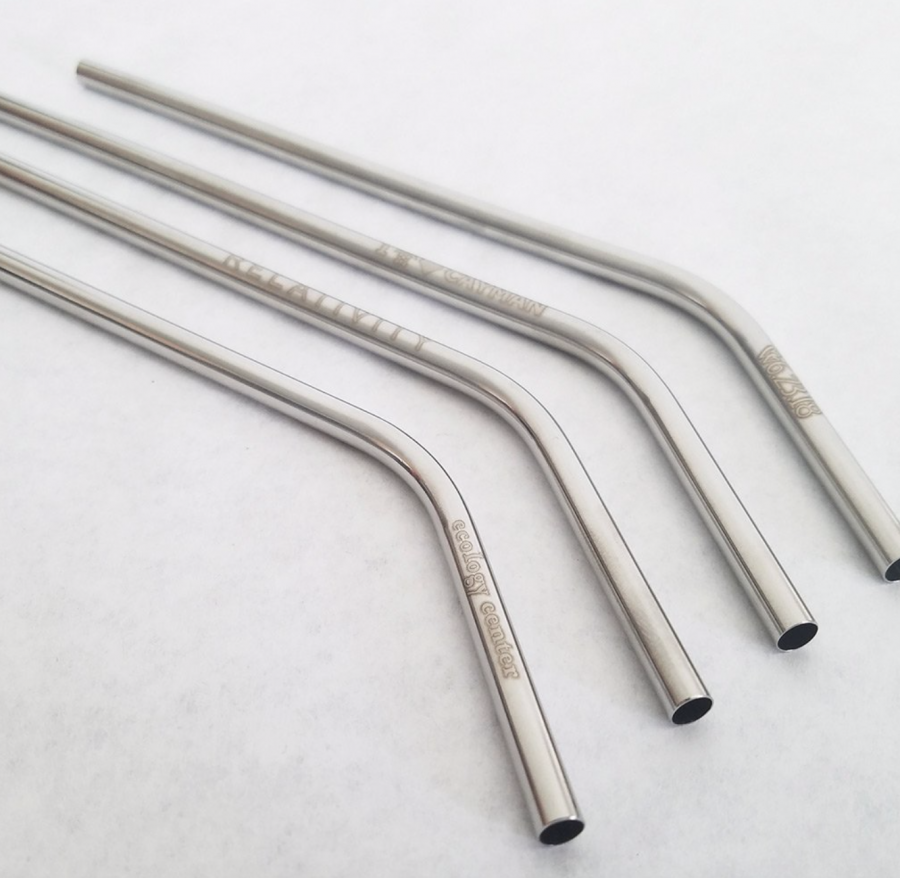 Many people are familiar with how popular metal straws have become as opposed to using single-use straws. According to the Association of Zoos and Aquariums (AZA), around five hundred million plastic straws are used each day by people in the United States. AZA says that, “More than 50% of all of the plastic ever made has been produced since 2004.” Much of this plastic ends up in our waterways and some animals, such as turtles, seabirds, and marine animals, get trapped or ingest this waste. As a result, many of these animals die from complications due to plastic, and according to AZA, “It’s estimated that as many as 70% of seabirds and 30% of turtles have ingested some type of plastic from the ocean.” A lot of plastics end up in wildlife habitats and threaten plants and animals because they are not biodegradable and cannot be broken down naturally by bacteria. Metal and other reusable straws are an excellent alternative to single-use plastic straws, however, there is some concern that metal straws have just become a more superficial trend for some people to follow.

Ben Groudis-Gimbel, an SSFS senior, said he has been using glass straws since he was six. Ben says, “It just seems like common sense: why waste straws when they aren’t necessary in everyday life?” However, he believes that the idea of using metal straws has become more of a trend, and that we should rather be taking “a bigger look at what is affecting us.” Overall, Ben believes that “we need to go way beyond metal straws” and that plastic straws are “a problem, but not the major problem.” He advises to “take a bigger look on what is really going to affect us” (like climate change and overpopulation) and that people need to “educate [them]selves.” Ben’s main takeaway on this topic is that “being a big part of something small will help less than being a small part of something big.”

Another SSFS senior, who would like to remain anonymous, says that she also uses metal straws, however, what is different from Ben’s situation is that she originally heard about them from the internet. However, she doesn’t use metal straws because they are a trend, she also happens to be environmentally conscious in other areas of her life. For example, at home her family composts, she has her own chickens “so [they] don’t have to buy eggs from factories”, and she tries “to eat vegetarian or vegan meals most of the time.” She also recognizes that metal straws have become more of a trend, however, she does note that “making something a trend helps spread it to others to help make it more popular.” Even though some may only be using metal straws because it is popular, it still helps in small ways to reduce single-use straws that are harmful.

According to National Geographic, “In just the U.S. alone, one estimate suggests 500 million straws are used every single day. One study published earlier this year estimated as many as 8.3 billion plastic straws pollute the world’s beaches.” Due to this plastic epidemic, many companies have taken action and banned straws. According to AZA, some of these include Royal Gift Shops and Museums in the UK, various members of the Association of Zoos and Aquariums, The University of Portland, The Art Institute of Chicago, and McDonald’s (UK). Associates of AZA have begun two nationwide initiatives, “In Our Hands” and “First Step”, in an effort to help individuals reduce their plastic straw waste. In order to take the pledge to skip single-use straws and to learn more about the effect of this waste, individuals can visit the Aquarium Conservation Partnership’s website. Not everybody needs to completely turn their life upside down for the environment, but if everyone takes one small step, it can make a big difference for our planet.