The SSFS Culture Around Standardized Testing 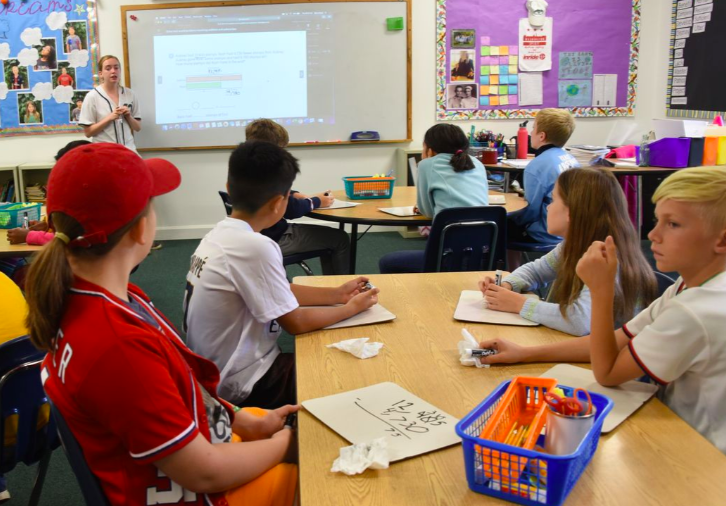 Standardized testing is such an emphasized part of the American education system; you’ve probably read at least three other articles on it on this site alone. As a result, the process of preparing to take these tests has almost become more of an area of concern than the big test days themselves. Prep courses, online forums, textbooks, and more are methods of preparing for important tests, but does the prep go even earlier back in life than that? How does Sandy Spring view test preparation and building up practice, and how does it differ in the different divisions?

To introduce some background information, let’s overview the testing in the younger divisions. For several years, students from 4th to 8th grade took the CTP. The CTP stands for Comprehensive Testing Program, and is, according to ERB, “a rigorous assessment for high achieving students in areas such as reading, listening, vocabulary, writing, science…and mathematics.” It’s a general standardized test, focusing on the same areas of study as are seen in the SAT or ACT, and is quite clearly a preparation for such tests. students from grades 4-8 took this test yearly, in school, for several years. As of right now, the CTP has been removed from Sandy Spring. Patti Lemere, the Middle School Learning Specialist, disclosed in an interview that a group of faculty and administration concluded that “benefits of the test did not outweigh the stress that it put on our students and our families…we felt like standardized tests are a snapshot of where students are on a particular day.” In this sense, the specialists on the SSFS campus felt as though the effect of testing, at least on younger students, was nothing more than unnecessary stress.

But the responses provided raise another approach to the topic: does the school see a fundamental issue with standardized testing as a whole? The Lower and Middle School came to the conclusion that standardized testing was not beneficial to their students. However, standardized tests are still prevalent in not just our Upper School, but in high schools across the country. For several years, we have offered both online and in-person testing prep classes, students are registered with Khan Academy and given prep books for the PSAT and SAT, and several APs are offered and encouraged. In the Sandy Spring Upper School, testing is embraced and encouraged. This means, hypothetically, a returning SSFS student would go from having never taken a standardized test ever before at 13 years old, to having taken several College Board tests in a matter of two or three years. But, according to the specialists at the school, it works better than creating stress and agitation in the younger grades, for little reward.

We can infer that if test-taking follows a learning curve, like anything else, then the goal should not be for that curve to start with the PSAT, or with the introduction to any serious testing. When a circus performer begins to learn to walk a tightrope, per se, they don’t begin 100 feet in the air. They start closer to the ground where there are no stakes, and where they can practice until there is less of a chance that they will fall when they reach the heights. So does SSFS properly start our students at the “ground level” of testing? Is it even useful to start there, or are there better ways to be preparing children for the stress of their teen years? According to the Middle School, the overpreparation for the stress of the future does little more than instill early anxieties in its students, but it is still necessary to take actions to ready children for future testing. Perhaps the actual practice tests should not be put into place until the kids reach freshman year. But preparation for standardized testing in the younger divisions at SSFS done right, with introduction, time, and understanding of specific students’ needs, could do what the ultimate goal seems to be: to alleviate stress, not cause more of it.