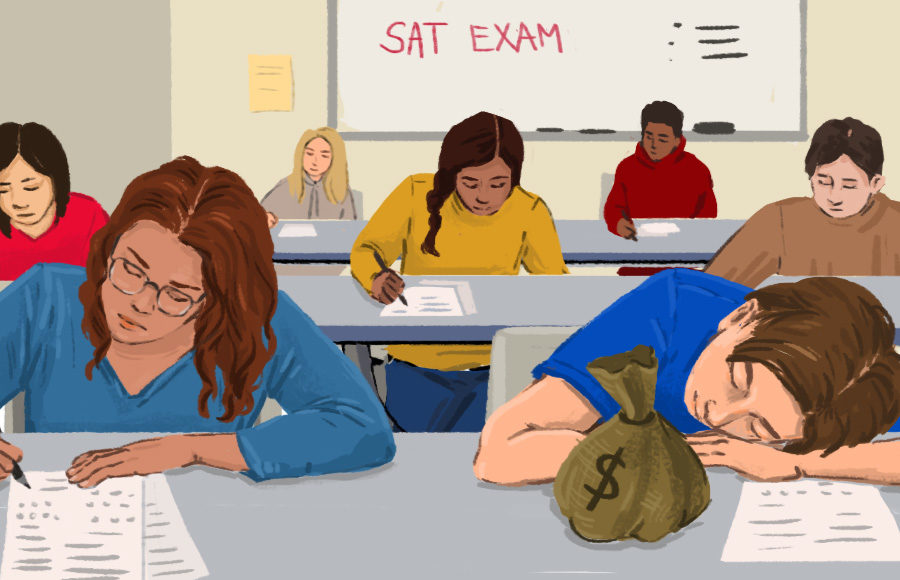 The SAT is a form of institutionalized oppression. An integral right of passage for a majority of high school students in America, this test is the entrance level exam required by the majority of American universities. The SAT has oppressive origins that have bled into contemporary society, making it harder for minority groups to succeed on the assessment and, subsequently, making it harder to attain a higher level of education. The SAT comes with a lot of frustration, but to fully understand the oppressive qualities of this assessment, people need to realize the origins of the test.

Rewind to the start, the 1920’s: a psychologist obsessed with using psychometrics to determine the superior race based off of intelligence. According to PBS Frontline, Carl Brigham’s interest in identifying the master race came at a time of great xenophobia in America as white Anglo-saxons were concerned with the increasing amount of non-white immigrants to the US. Carl Brigham was a well-respected psychologist and received a bachelors, masters and doctorate at Princeton University. Incidentally, when he released his book “A Study in American Intelligence,” he was faced with little to no pushback. In it, he asserted “The decline of American intelligence will be more rapid than the decline of the intelligence of European national groups, owing to the presence here of the negro. These are the plain, if somewhat ugly, facts that our study shows. The deterioration of American intelligence is not inevitable, however, if public action can be aroused to prevent it.” He is essentially saying that what held down the national average of intelligence in the United States was the fact that Blacks and African Americans resided here.

According to the National Education Association, Carl Brigham’s SAT was first administered in 1926 and was focused on proving that minority groups were inferior to white men. It cannot be a coincidence that a man who wrote his dissertation on how white men were the superior group, then went on and “proved” such a notion with his own aptitude test.  Yet despite its blatantly discriminatory origins, this test is still being used to this day. And through all of its reworkings there is one theme that has remained present: the score disparity amongst minority ethnic groups.

Annually, the College Board releases their score distributions in different ethnic groups and genders. The imbalance is shocking. For many institutions, a competitive SAT score is anywhere in the 1200-1300 range. When looking at percentiles of 1200 scorers in different ethnic groups compared to white test takers, the results were disheartening: A Black/African American student scoring in 1200 range will put you in 93rd percentile amongst other Black/African American students. Meaning you would be scoring better than 93 percent of African American students. Comparing these numbers with white students was shocking. Scoring a 1200 as a white student would put you in 63rd percentile, 93rd percentile for white students sits at a score of 1400. This means that on average, white students are doing better on the SAT than minority groups as these numbers stay consistent across most ethnic groups that the College Board provides data on.

Many will argue that there are various factors that lead to these test score disparities. The College Board itself states that “relationships between test scores and other factors … are complex and interdependent. These factors do not directly affect test performance; rather, they are associated with educational experiences both on tests and in schoolwork.” However, this argument seems unlikely. The SAT is meant to be standardized for all participants. The College Board interprets standardization to be just on testing day but that’s fundamentally flawed. There are kids working two part-time jobs in conjunction with going to school and caring for siblings; and then there are kids with private tutors who don’t have to worry about registration fees. How do we account for the million dollar industry of test prep that some students just simply can’t buy into?