What People Are Saying About Disney’s First Jewish Princess 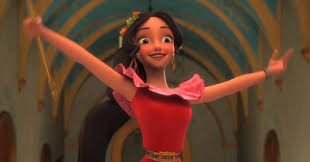 Throughout many generations, Disney’s princesses changed and began to portray cultures other than your average white, skinny, blonde heroine. We’ve all seen Mulan, Tiana, Jasmine and Pocahontas. The representation of diverse princess characters are limited yet crucial to the growth and inclusion of young children around the world.

After 95 years, Disney is releasing its very first Jewish princess in the hit show, Elena of Alvator. The episode will be featuring a princess from a Latino-Jewish kingdom and Jamie-Lynn Sigler, a Jewish and Latina actress, will be playing the role. It will be a Hanukkah episode in which people have mixed opinions due to its brief exposure. The webpage, Forward, discloses how some feel about her appearance,  “Other fans are skeptical, given the long absence of Jewish characters from Disney’s canon and the fact that Sigler appears as a guest star, rather than a protagonist in her own narrative.” Regarding the timing of the episode, some feel opposed. Jessica Russak-Hoffman tweeted, “Can it be a Hanukkah episode and not a ‘Look, it’s Christmas, but that one girl is celebrating Hanukkah’ episode?” Nevertheless, this Hanukkah-themed episode will be featuring the first Jewish princess in all of Disney’s history, which sparks some reflection of Walt Disney himself and his anti-semitic views.

Although Disney has never publicly spoken his views, there have been multiple instances that portray Walt Disney and his perspective on this subject. A Jewish animator named Art Babbitt had maintained a “difficult relationship” with Disney throughout the length of his career, said he saw “Disney and his lawyer, Gunther Lessing, attending meetings of pro-Nazi organization the German American Bund in the late 1930s.” In addition, Meryl Streep herself once called Walt Disney a “…hideous anti-semite.” Despite these past allegations, Disney fans of the present  are very excited for the future princess. Jamie-Lynn Sigler tweets: “I am so excited to voice Disney’s first Jewish princess.” In addition, within the Jewish community, twitter user Meira Leah says: “Nothing excites (and confuses them since it’s so rare) my kids more than when Jews get some air time on kids shows!! Super excited for this!!”

So, cheers to another one of Disney’s firsts and let’s hope that 2020 continues to bring a larger variety of cultures to the Disney princess table, allowing little children all over the world to grow a connection to the characters they view every day.