Harvey, Maria, Dorian, and Trump: The Mandate of Heaven and Trump’s American Dynasty 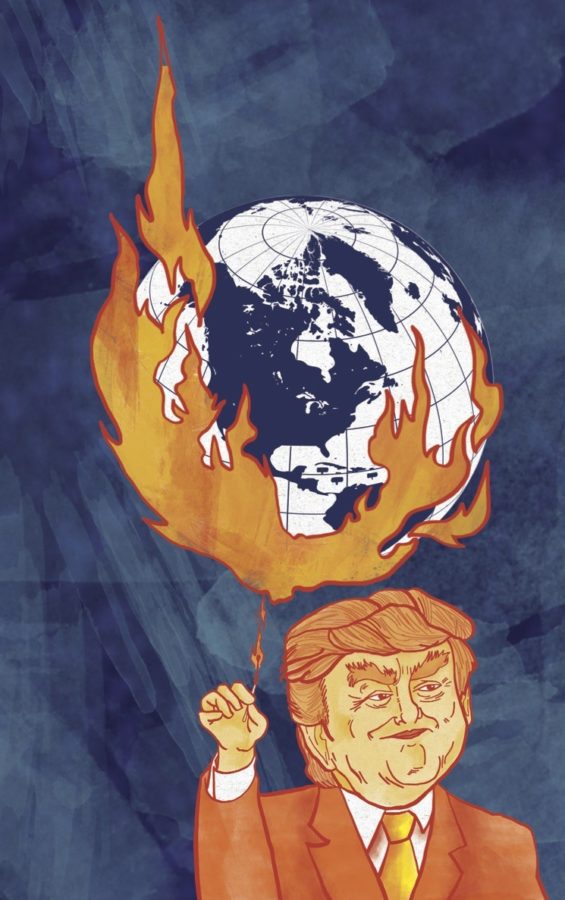 For the past four years, American politics have become increasingly volatile. Political parties have frayed at the ends, becoming more and more bitter towards one another, while citizens have risen up against establishment altogether. The winds of America have become harsher and harsher, the thundering voice of the people has become louder and louder, and the millions of protesters’ feet on Capitol Hill have quaked the nation into a fractured divide. These metaphors, while true in their figurative sense, hold a deeper meaning to the catastrophe of the Trump administration. By looking back in time, to ancient peoples, specifically the Chinese from 1050 BCE to the 19th century CE, there are trends in the clues of impending political combustion that may help us understand the disasters of Trump’s. The literal disasters.

In ancient China, there was a concept of the “Mandate of Heaven,” a divine right to rule that was claimed as a new dynasty rose to bring peace, prosperity, and reorder.  According to On-cho Ng, Professor of History, Asian Studies, and Philosophy at Penn State University, “…a new dynasty received the Mandate of Heaven and assumed authority by legitimately displacing and replacing the moribund predecessor;” the mandate was then lost as corruption rose and infrastructure festered, resulting in uprisings, war, and political turmoil.

These “clues” may seem like a no-brainer to look out for when trying to spot a weak leader, but looking closer, these ancient peoples proposed that external factors could tell of the internal political failure. It was said that a sign of dynasty’s disorder was disastrous weather phenomena, such as earthquakes, volcanic eruptions, and hurricanes; as the environment decayed, as did political stamina.

The Trump administration has been decaying since inauguration, showing symptoms of crippling hurricanes all over the world. In fact, “the years 2016 through 2019 are the longest sequence of consecutive years which all featured at least one Category 5 hurricane each,” according to a statement issued by the US National Hurricane Center. In other words, extreme hurricanes have been a continuity through the Trump presidency, causing over 200 billion dollars in damage, and thousands of deaths. If the glaring citizen uprisings and political turmoil are not enough, perhaps the environmental havoc that is being wreaked is the US subconsciously crying out in anguish. Perhaps theses natural disasters are an SOS Freudian slip. Perhaps if the silk-garbed ancient Chinese sage kings stood poised on the Mall today, they would concur that Trump has indeed, lost the mandate.

However, it seems clear now that in the age of fake news fact-checkers and contrarians, the notion of the Mandate of Heaven is a mere product of magical thinking used to legitimize taking absolute power; correlation of events does not equal causation. But in 2019, also the age of oil drilling, forest burning, and climate warming, how can you separate a leader and his actions from the disastrous surrounding events? In this case, you can’t. The Mandate of Heaven was created in a time of meterologocal peace and low sustainable technology; fossil fuels, factory farming, and oil drilling were not yet invented, and the terrifying weather phenomena was such an unknown that it became a mere guess at a tell of political unrest. But now, the correlation is causation. Too many lives and homes have been lost to let the wounds of America scab over just to be picked at again by the climate change charged winds once again. The Mandate of Heaven may have been a fabricated ideology when it was in place, but now, with the power in the hands of an enemy of mother nature, the rolling dark clouds are telling us something about our leader. And it’s urgent.