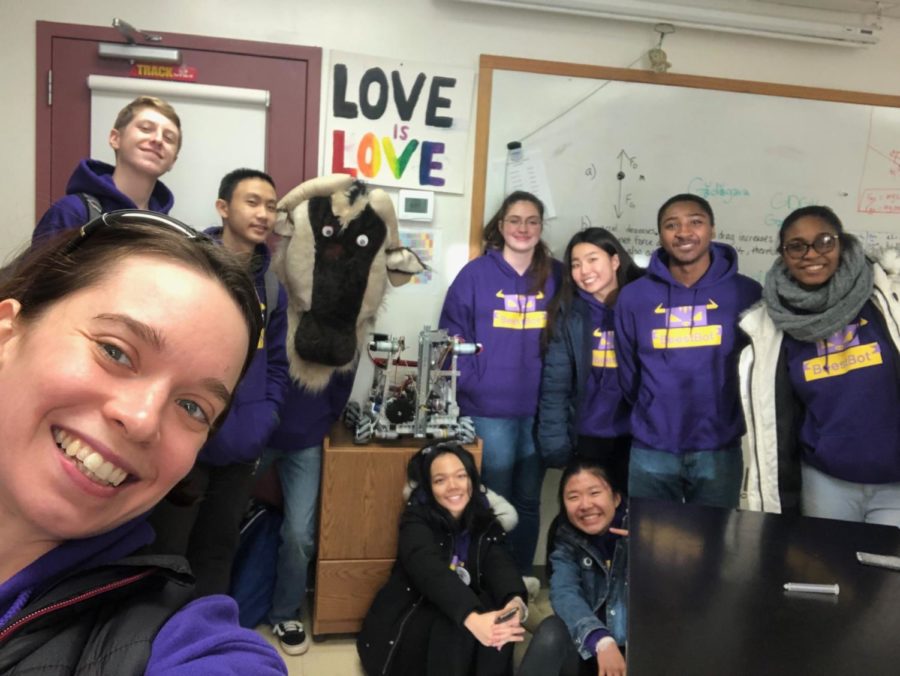 FTC is a nationwide competition that asks competitors to program and engineer a robot to fulfill competition guidelines. The robotics team started to work on programming and engineering during the end of winter. The team met every Tuesday in Sharon Wall’s room to brainstorm new robotics designs, team fundraising, and team design. To build a sense of camaraderie very Saturday the team practiced and tested the robotics movements on the field at Rockville Library. At the end of each meeting, the team would go out to eat as together. Months of practice and meetings were in anticipation of the team’s first qualifiers in Howard County. Unfortunately, the team’s first qualifier was less than stellar and placed 27th out 31 teams. The team accredited their low placement in competition to their robot which was unable to lift of the ground, drop, but able to collect minerals inconsistently, but the Robotics team didn’t give up and remained confident. The Robotics team went back to the drawing board and rework lifting, landing and the collection of minerals for final qualifier chance. Successfully the Sandy Spring Robotics team passed round one and placed 2nd out of 33 teams. The team a credited to success to lifting and landing mechanism. Prior to States Competition, the Robotics team made a conscious choice to remove the robotic arm, to collect minerals. I asked Alexander Kans, why was that decision made. He informed me that “We had an arm on the original design because we thought that including an arm was necessary to reach the threshold of points to make us competitive. After our initial qualifier, one major problem was the shifting of weight the arm provide, making it inconsistent to lift, which caused the loss of more possible points than that which was gained.” I followed up with Alexander, and Hanke about what they believed was the difficult thing to complete in the creation of robot? Hanke believes, “ Time, and Funding.”, While Alexander believed it was our lack of experience and mentors.”

For the first time in Sandy Spring history, the robotics team advanced from FTC qualifiers to FTC states competition, unfortunately, we did not advance past states to nationals, though the Sandy Spring Robotics team placed 17th out of 31 teams; the majority are seasoned teams, competing multiple times at state competitions. After the onslaught of the competition, I interviewed Alexander Kan and Hanke Chen about the future goals for the next robotics season, and advice for possible future robotics team members. Hanke informed me that the goals he has for next year are, “Participating again and Improve the robotics teams experience.” Alexander Kans provided some advice he hopes, will inspire future members. The advice he gave was, “One thing about the robotics team is not just about designing and coding. A lot of it has to do with other aspects like business, finance, organize, communicate, advocate, scout, organization, brainstorming and being able to develop leadership skills.” Robotics is not just a club; it’s an opportunity to gain marketable skills in the business world. Against the backdrop of an ever growing market in need of specialized jobs, skills like like engineering, coding, finance, leadership, and management will be the key to future success.