Combatting the criminalization of substance use 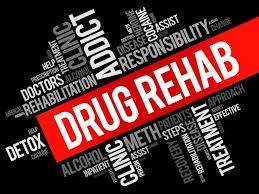 The drug addiction is a global problem that expands through many age ranges, and it affects more than just the adult community. Teens experiment for many reasons and develop reliance to these drugs. Because the drug issue has become increasingly widespread and affects a developing group (teens), it is important to quit ‘resolving’ the problem with consequences rather than with treatment. The plethora of ideas and programs developed to combat this crisis would suggest that there are many efforts that can be used to lessen drug usage, yet many places continue to punish drug users and use systems that work against them as opposed to helping them.

In the realm of school systems, expelling and suspension are the most common methods used to punish students. However, removing the students from campus does not serve the purpose of ‘rehabilitating’ them. In fact, it excludes students from the school setting and villanizes them. Seattle Public schools were experiencing high drop-out rates and the “school to prison” dilemma exemplified itself on many campuses. Many SPS principals were concerned and, in a 2017 study, found it to be true that rigid procedures such as suspension or zero tolerance for drug use led to more behavioral issues. The study consisted of interviews with high school students who were punished for substance use and recording graduation statistics in comparison to suspension and expelled students rates.

Studies show that schools that removed kids had an increased risk of high school dropouts. According to a 2017 UC Berkeley School of Law Report, removed students tend to fall behind in their studies. The administration of Seattle Public Schools are supporting schools in shifting disciplinary procedures by training staff and administrators to identify and respond to substance use. Statistics from 2017 show that the changes to the disciplinary procedure have worked. Seattle Public School data showed a 29 percent decrease in suspensions for drug and alcohol use, saving 1,158 hours of school time.

“If you’re behind in math because you’re smoking a lot of weed and then we tell you that you can’t go to math for two weeks, that doesn’t help. What helps is to have the students in school where they can be supported and engaged in a positive community so we can keep them healthy and safe.”

The opioid crisis does not have one simple solution that works for everyone, but there is a new progressive system that has worked in SPS. This procedure requires faculty training and a reevaluation of the disciplinary procedures. How the administration disciplines its students has a significant effect on the school climate.

At Sandy Spring our policies for drug usage currently include:

“SSFS is a drug, tobacco, and alcohol free facility and no use of these products is allowed anywhere on campus or any adjoining properties. Students using or possessing illegal drugs, alcohol, and/or tobacco products will be suspended and be expelled. If suspended, they may also be required to attend educational programs which teach teenagers the effect of illegal drugs, alcohol, and tobacco products. Parents and the School will work together to find this program.”

This is a complicated issue, however, I believe Sandy Spring should continue to evaluate the effectiveness and relevance of its disciplinary procedures. It’s important for Sandy Spring Friends School to treat the drug crisis and not criminalize it.