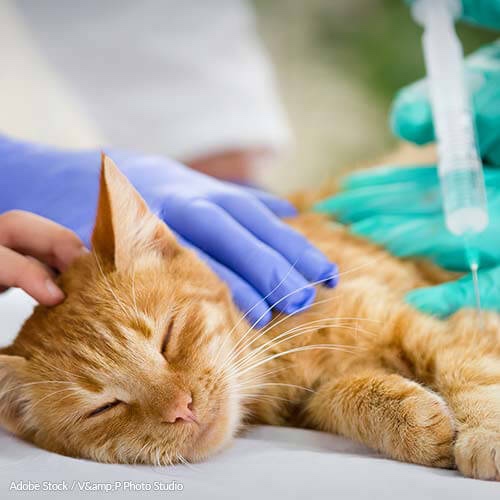 At one point or another, everyone has wanted a pet of some kind. If that wish was ever fulfilled for you, did you think about where your pet came from? Did you adopt or did you shop? Sure all puppies and kittens are “cute”, but some need a home more than others.

According to reports from The American Society for the Prevention of Cruelty to Animals (ASPCA), 34% of dogs and 3% of cats owned in the United States are bought from breeders. On the other hand, 23% of dogs and 31% of cats are adopted from animal shelters. It may not seem like that big of a difference between the statistics of these two options, however, it is crucial to understand the meaning and importance behind the saying, “Adopt, don’t shop.” According to the ASPCA, U.S. animal shelters obtain about 3.3 million dogs and 3.2 million cats each year. It is amazing how many animals these shelters are able to take in, however, just because these animals are rescued, does not mean they will ever find a permanent home.

Some animals come into shelters with a serious illness or injury. Others are extremely aggressive or may be a danger to others. In addition to those factors, because so many animals are rescued each year, shelters eventually become overcrowded. Thus, leaving shelters to believe they only have one option: euthanization. Euthanization is when animals are “put down”. Even though it is not painful for the animal, it is still death and irreversible. According to the ASPCA, in the United States alone, about 670,000 dogs and 860,000 cats are euthanized each year.

Understanding different perspectives is important. One SSFS student who said their dog was adopted explained that they chose this option, “because it saves that dog and makes a spot for another dog to come in to get adopted.” Another student said, “You can get a lovable, energetic puppy from a shelter that’s just as good as one from a breeder.” When asked about their thoughts on euthanasia, this same student said, “Ideally, euthanasia wouldn’t be used in shelters, but realistically, there is never enough space for all the cats and dogs that don’t have homes to be placed in shelters. That is why it is so important for people to adopt pets from shelters or small adoption agencies, so that all pets will eventually get a home.”

The other perspective on this subject matter is from someone who got their pet from a breeder. This SSFS student said they got their dog from a breeder because they “wanted a puppy and were looking for puppies on the internet and saw a cute one. Usually dogs are older in the pound so [they] wanted a puppy”. This previous dog buyer also said they would consider adopting in the future. “Yes, from a shelter, I still want a puppy.” This student was also asked what they would suggest other people do when looking for a pet. They said, “I suggest that they do what they think is right for their family. I generally think that if you don’t need a puppy you should try to adopt.” Finally, they explained their stance on euthanasia, “I think it’s better if the dog is older or suffering. If it’s just killing the dog for overcrowding it’s just cruel. If the dog is sick I think it’s a little less inhumane. But if the dog is like four years old, I think it’s just cruel even if they’re aren’t a lot of options.”

There are many ways to obtain a pet, whether it is adoption from a shelter, buying from a breeder or even getting a pet for free from a friend whose dog had puppies by accident. If you are looking for a pet, consider all of your options and decide which option would be the best for both your family and that animal. This is literally a matter of life and death, so choose wisely.